Should Your State Pass An Emergency Services Act?

At the start of the COVID pandemic, states such as California issued strict rules regarding lockdowns, mask mandates, emergency medical services, and more. In California's case, this was due to an established law called the Emergency Services Act that allowed the governor to basically take control of the entire state. While the lockdowns and such were controversial, the law itself was passed decades ago for good reason: to allow the government to handle an emergency without too much obstruction. For states that don't have that type of law, should they pass one? It really does depend on a lot, but one benefit of these types of laws is that emergency medical services, including ambulances, may find a simplified set of rules to follow that standardize the services patients will receive.

Do You Trust Your Governors?

Of course, the biggest question when looking at a bill like this is, how trustworthy is the government of your state? If they have a history of handling emergencies well, a law like this could be very good as it would allow them to act without opposition creating a bigger problem. Think about arranging for quarantine facilities for a highly contagious disease while opponents treated the disease as fake, as happened in many states with regard to COVID.

If they don't have a history of handling emergencies well, however, then a law like that Act might not be the best thing. Or a law like that would need to designate someone else as the chief decision-maker, such as the state's public health department.

What Control Would the Governor Have Over Medical Emergency Providers?

Acts like the Emergency Services Act often allow the governor (or whatever position the decision-making person holds) to control a lot of businesses, including drivers for those businesses. That often extends to emergency providers like ambulance companies. This takes power away from the company itself but does standardize the care and service received so that no one in the state has to worry about one ambulance company refusing to provide a service that another ambulance company does. If the ambulance services and other medical providers have wildly different policies, an Emergency Services Act for your state could be beneficial.

Giving so much power to the government in an emergency can be nerve-wracking or comforting, depending on your state and the current government. And if you've got a government you don't trust, it obviously makes for an even more nerve-wracking time. But if you've got emergency services that vary greatly, an emergency situation that may overwhelm medical services in the state, and a population that may not know what to do on their own, these types of legislative acts may help. 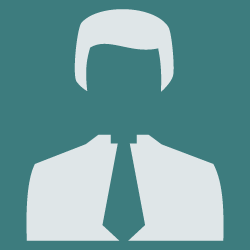